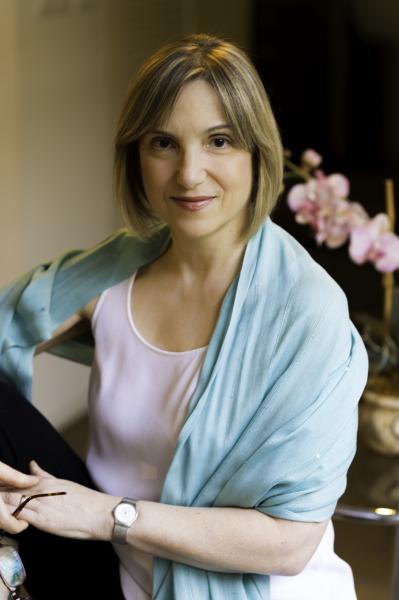 A riveting investigation of the myriad ways that parasites control how other creatures—including humans—think, feel, and act.

These tiny organisms can only live inside another animal, and as McAuliffe reveals, they have many evolutionary motives for manipulating their host’s behavior. Far more often than appreciated, these puppeteers orchestrate the interplay between predator and prey. With astonishing precision, parasites can coax rats to approach cats, spiders to transform the patterns of their webs, and fish to draw the attention of birds that then swoop down to feast on them.

We humans are hardly immune to the profound influence of parasites. Organisms we pick up from our own pets are strongly suspected of changing our personality traits and contributing to recklessness, impulsivity—even suicide. Microbes in our gut affect our emotions and the very wiring of our brains. Germs that cause colds and flu may alter our behavior even before symptoms become apparent.

Parasites influence our species on the cultural level too. As McAuliffe documents, a subconscious fear of contagion impacts virtually every aspect of our lives, from our sexual attractions and social circles to our morals and political views. Drawing on a huge body of research, she argues that our dread of contamination is an evolved defense against parasites—and a double-edged sword. The horror and revulsion we feel when we come in contact with people who appear diseased or dirty helped pave the way for civilization, but may also be the basis for major divisions in societies that persist to this day.

In the tradition of Jared Diamond’s Guns, Germs and Steel and Neil Shubin’s Your Inner Fish, This Is Your Brain on Parasites is both a journey into cutting-edge science and a revelatory examination of what it means to be human.

Kathleen McAuliffe is a contributing editor to Discover Magazine and her articles—many featured on covers—have appeared in over a dozen national magazines, including Discover, The New York Times (both the Sunday Magazine and newspaper), US News & World Report, Smithsonian, Atlantic Monthly, More Magazine, Glamour, and Readers’ Digest.

Writing/Editing Experience: In addition to being a feature writer, McAuliffe was a health columnist for More Magazine from 1999-2006.  A decade earlier, she founded a quarterly newsletter put out by the American Foundation for AIDS Research, which she edited for the first year of its publication.  From 1985 to 1988, she was a senior editor at US News & World Report, focusing on the coverage of health and science. In the six years previous to this position, she was an editor at Omni Magazine, where she assigned and prepared science articles for publication. During that period, she also co-authored Life for Sale (Coward, McCann & Geoghegan, 1981), one of the first popular books about the genetic engineering revolution.

Distinctions: Her article, Are We Evolving?, was featured in The Best American Science Writing 2010, edited by Jerome Groopman. The year before, she was awarded an Alicia Patterson Journalism Fellowship to study and report on human evolution. In 2000, she received an award from the National Coalition of Women With Heart Disease in recognition of excellence in journalism.  Twelve years earlier, she was honored with the Institute of Food Technology award for outstanding writing on food science and nutrition. McAuliffe was also awarded a science writing fellowship in 1996 from the Marine Biological Laboratory at Woods Hole.

Media Experience: In 2011, McAuliffe was interviewed on the National Public Radio program All Things Considered, which devoted a segment to her article, The Incredible Shrinking Brain. McAuliffe participated as a panelist on an hour-long PBS seminar, Our Genes/Our Choices, which aired across the US in the winter of 2003.  She did script development and on-camera interviews for Omni: The New Frontier, a nationally syndicated TV series that began airing in October 1981. She has also appeared on other TV and radio programs, including 9 Broadcast Plaza, Straight Talk (WOR-TV), Cable Network News (national), UPI audio, The Barry Farber Show (WMCA-Radio), The Sherry Henrye Show (WOR Radio), The Scott Cassidy Show (WTKN-Radio), and The J.P. McCarthy Show (WJR-Radio).

Education: McAuliffe was educated at Trinity College Dublin, in Ireland, obtaining a M.A. in natural science after graduating with first-class honors. Her final year thesis on electro-encephalography (EEG) recordings of the human brain was presented at the Eastern Psychology Association Conference in 1977.

Home Life: McAuliffe and her husband – a research physicist at the University of Miami – are the parents of two teenagers and reside in Miami, Fl.

This Is Your Brain on Parasites: How Tiny Creatures Manipulate Our Behavior and Shape Society (Hardcover)

A riveting investigation of the myriad ways that parasites control how other creatures—including humans—think, feel, and act.

These tiny organisms can only live inside another animal, and as McAuliffe reveals, they have many evolutionary motives for manipulating their host’s behavior.