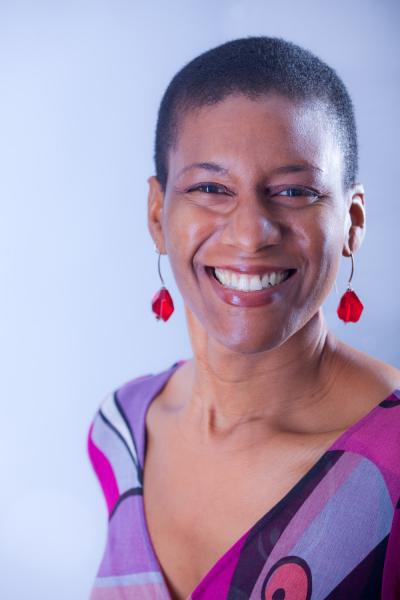 Banish Your Inner Critic and unleash the creative ideas and extreme productivity within you open up a world of creative ideas. Banish Your Inner Critic shows you how to move beyond those mental blocks to form creative ideas: • perfectionism • rationalization • self doubt • self sabotage • self criticism. Achieve success through a positive mental attitude: We all have an Inner Critic who says you’re just faking it, that others have more talent, that you’ll never be a success. In Banish Your Inner Critic, widely respected keynote speaker Denise Jacobs uncovers the subconscious deterrents or creative blocks that stand between the seeds of great creative ideas and a successful you. Jacobs' guidebook shows you how to clear out mental clutter so that your brilliant and creative ideas can shine through. Perfectionism and rationalization: Does your Inner Critic show up as a fear of being judged, perfectionism, self doubt, self sabotage, or other blocks to success? The trick is to recognize the Inner Critic and the different ways it manifests, and then have specific tools to deal with each negative inner critic resistance to success. How to make the latest in neuroscience work for you: Say goodbye to creative blocks and deadline panic with practical, effective tools you can start using immediately! Drawing on the latest in neuroscience, mindfulness practices, and productivity research; these game-changing exercises help you overcome self doubt, get into the creative zone, and reach new levels of success. Extreme productivity is our goal. It’s time to dismiss your Inner Critic and do the kick-ass work you’re capable of doing. In this book you will learn how to: • Identify and quiet the negative voice in your head (aka your Inner Critic) • Disarm perfectionism • Conquer Imposter Syndrome • Free yourself from anxiety and the feeling of being overwhelmed • Overcome self sabotage • Make the creative process more productive and fun again

Denise R. Jacobs is a Speaker + Author + Creativity Evangelist who speaks at conferences and consults with companies worldwide. As the Founder + CEO of The Creative Dose, she promotes techniques to unlock creativity and spark innovation in people, teams, and workplaces, particularly those in the tech world. She teaches game-changing techniques for busting through creative blocks, developing clear and effective communication, cultivating collaboration, and up-leveling productive creativity. Denise is the author of Banish Your Inner Critic, the premier handbook on silencing fears to unleash creativity. A web and tech industry veteran, Denise is also the author of The CSS Detective Guide and co-author of the Smashing Book #3 1/3 and Interact with Web Standards. She is also the founder of Rawk The Web and the Head Instigator of The Creativity (R)Evolution.

M. Evelina Galang is the author of two books of fiction, Her Wild American Self, and , One Tribe. She has also edited the anthology, Screaming Monkeys: Critiques of Asian American Images. Galang has been researching the lives of the women of Liga ng mga Lolang Pilipina (LILA Pilipina), surviving Filipina "Comfort Women" of WWII, since 1998. In 2002, she was a Fulbright Senior Scholar in the Philippines where she continued her work with survivors. This past year, she authored the blog, "Laban for the Lolas!" in support of House Resolution 121 and was the Filipino American Outreach coordinator for 121 Coalition. Galang teaches in and directs the Creative Writing Program at the University of Miami.

Rebekah Monson is co-founder and VP of Product for WhereBy.Us, a local media startup that connects people to their cities through storytelling and experiences. Its publications, Miami’s The New Tropic and Seattle’s The Evergrey, produce email newsletters, original stories and events that reach more than a million curious locals each year. WhereBy.Us will scale to new markets in 2017. Previously, Rebekah worked many journalism jobs and later pursued an M.F.A. in Interactive Media. She co-founded Code for Miami and Hacks/Hackers Miami. She frequently speaks and trains about working at the intersection of technology, storytelling and civic engagement for professional journalism and technology organizations, governments and nonprofits. 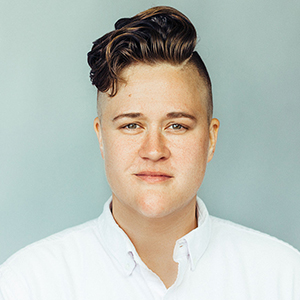 Brian Brackeen is the founder & CEO of Kairos.com based in Miami, Florida. Kairos is an innovative facial recognition company. Their products enable any developer to use emotion detection and/or facial recognition in their app. Kairos’ growth was noticed by the Wall Street Journal, it was selected as one of the top 25 startups in the country and it participated in the WSJ Startup of the Year. Kairos has raised more than 5 million dollars from investors in Florida and California and has 7,000 customers in 40 countries. Brian cut his technological teeth at Comcast, IBM, and Apple. It was at Apple, where he implemented HR systems globally, that he caught the entrepreneurial bug, quit his job and started on his journey. 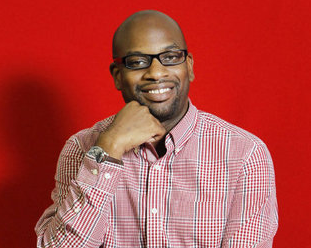 Dr. Chad Bernstein co-founded Guitars Over Guns in 2008. Chad received a Doctor of Musical Arts degree from the University of Miami, His doctoral studies culminated into his now published dissertation, “The Effectiveness of Music Mentoring for At-Risk Youth in Middle School: Implementation and Assessment of the GOGO Program.” Chad currently teaches trombone and jazz arranging at FIU and is one of South Florida’s premier Latin, jazz, and funk artists. Chad plays trombone, conch shells, sousaphone, and keyboards with multiple bands, most prominently with the Latin Grammy-nominated Spam Allstars, with whom he has toured throughout Europe and the US, and the highly popular Miami-based Latin-funk band, ¡Suénalo!, the inspiration for GOGO. 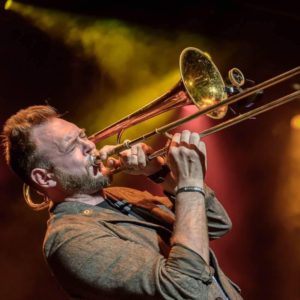 Banish Your Inner Critic: Silence the Voice of Self-Doubt to Unleash Your Creativity and Do Your Best Work (a Gift for Artists to Combat Self-Do (Paperback)

#1 Amazon New Release ─ Silence the Voice of Self Doubt