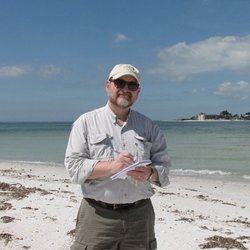 Oh, Florida! That name. That combination of sounds. Three simple syllables, and yet packing so many mixed messages. To some people, it's a paradise. To others, it's a punchline. As Oh, Florida! shows, it's both of these - and, more importantly, it's a Petri dish, producing trends that end up influencing the rest of the country. Without Florida there would be no NASCAR, no Bettie Page pinups, no Glenn Beck radio rants, no USA Today, no "Stand Your Ground," ... you get the idea.

To outsiders, Florida seems baffling. It's a state where the voters went for Barack Obama twice, yet elected a Tea Party candidate as governor. Florida is touted as a care-free paradise, yet it's also known for its perils - alligators, sinkholes, pythons, hurricanes, and sharks, to name a few. It attracts 90 million visitors a year, some drawn by its impressive natural beauty, others bewitched by its man-made fantasies.

Craig Pittman's Oh, Florida! explores those contradictions and shows how they fit together to make this the most interesting state. It is the first book to explore the reasons why Florida is so wild and weird - and why that's okay. Florida couldn't be Florida without that sense of the unpredictable, unexpected, and unusual lurking behind every palm tree. But there is far more to Florida than its sideshow freakiness. Oh, Florida! explains how Florida secretly, subtly influences all the other states in the Union, both for good and for ill.

CRAIG PITTMAN is an award-winning journalist and the author of three previous books. He is a native Floridian and in 2013 wrote a popular blog for Slate called "Oh, Florida! " which became the genesis for this book, and which led to his appearance on TV and radio discussing why Florida is so odd and entertaining. He lives in St. Petersburg with his wife and two children.

Oh, Florida!: How America's Weirdest State Influences the Rest of the Country (Hardcover)