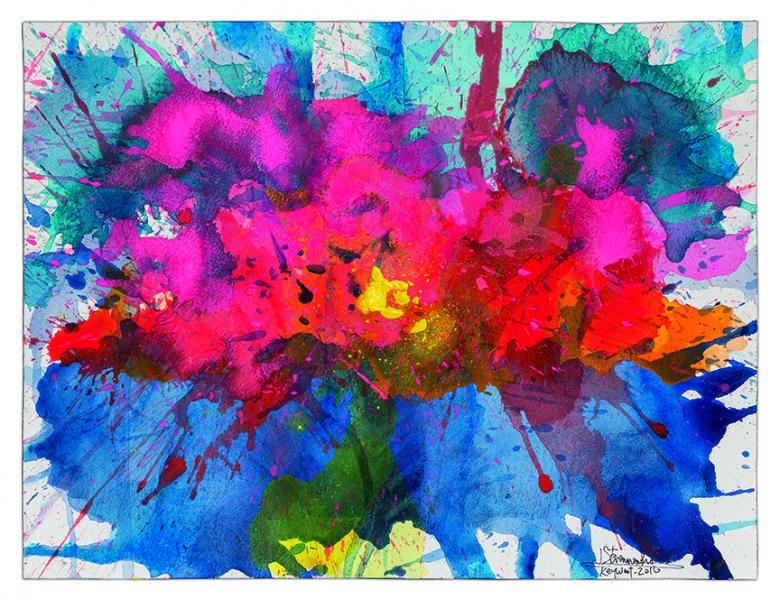 J. Steven Manolis (born July 2, 1948) is an abstract expressionist painter, philanthropist, and investor/businessman. He paints within the umbrella of J STEVEN MANOLIS ART,LLC and owns and runs the Salon Art Gallery MANOLIS PROJECTS in Miami, Florida.

He the Chief Executive Officer of Manolis & Company LLC (“MANOCO”) (www.manoco.com), which is his privately owned real estate acquisition, development, and investment entity which he founded in 1992. Additionally he is a founding  investor in ONE RIVER POINT, a 70 story two tower luxury mixed use condominium/club/retail project currently under  development in downtown Miami. Also he is a Director of Checchi Capital Advisers, LLC (2011), see www.checchicapital.com), and Chairman of GHM (USA) LLC Hotels, the wholly owned US subsidiary of GHM Hotels (www.ghmhotels.com).

Manolis joined Salomon Brothers in 1973 where he soon achieved status as the youngest General Partner of the Firm in 1980. In 1979 Mr. Manolis became one of the three Founding Partners of the Mortgage Securities Group, which pioneered Securitization for both the Residential and Commercial Mortgage Markets in the US. This business, which he helped envision, create, and manage, has become a multi-trillion dollar global business. In 1984 he ascended to head the multi-disciplinary Global Real Estate Department, where he established and managed ten offices in the US, Europe, and Asia and closed over $150 billion of debt and equity transactions during his tenure.

In 1992 he established his own Firm, Manolis & Company LLC, a private boutique real estate investment Firm specializing in land development, hotels and resorts, residential and offices and luxury mixed-use development. In the 1990’s Mr. Manolis was the lead investor of Microban International (a global firm that provides antibacterial protection for solid state polymeric products) see www.microbaninternational.com. In the late 1990’s Manolis & Company Asia Ltd. partnered with Hong Kong Land to develop the Kohn Pederson Fox designed 63 Ly Thai To an award winning office building in Hanoi, Vietnam. Mr. Manolis is a past Member of the Council and past Chairman of the Advisory Board of The National Academy of Design.

The USD Business School gave Manolis the Alumnus of the Year Award in the late 1980’s. He was also awarded the Honorary Man of the Year Award at the National Academy of Design in 2006. Founded in 1827, and headquartered in NYC, the NAD (see www.nationalacademy.org) is the United States’ oldest and most prestigious honorary Artist Organization in the US. In 2007 Mr. Manolis became a Trustee of The Vermont Studio Center, the largest Artist in Residence colony in the United States (see www.vermontstudiocenter.org). He is a Member of The Metropolitan Club in NYC, and, The Riviera Country Club in Miami, Florida

On December 2, 2016 he will be awarded the Books & Books Art Basel Miami “Artist of the Year Award” and will have a Solo Artist Exhibition at the Coral Springs Museum of Art from December 3, 2016 to February 28, 2017. He is publishing his third art book “Key West: Changing Colors” in the fourth quarter of 2016. His art has been publicized in numerous magazines since his public debut in September 2014. He is currently in discussions for Museum Shows at four other Museums, an unprecedented feat in such a short period of time.

He is married to Myrthia Moore and has two daughters Kristen Manolis and Nicole Cudzil and three stepchildren Virginia McLean, Jason Svaldi and Brian Svaldi. He is blessed with five grandchildren. Mr. Manolis served as an ROTC Artillery Lieutenant in the US Army from 1970 to 1972.

Past Trustee, The Vermont Studio Center